a most curious dream (eight and a half pesos remix) 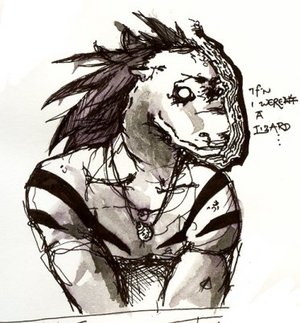 Anyway in 2006 Hadley went to work with Centrepiece Theatre, which is a theatre production company in Canberra, Australia, and using something called the Pulse Method, which Hadley can explain but I can’t, he wrote a play entitled …A Most Curious Dream.

Centrepiece performed it at the Street Theatre Studio in September 2006, and I was away and didn’t get to see it, but Hadley sent me the script and it was fucking mindblowing. I got up to scene 5 in one sitting and then had to get up and walk around the streets and try and blow off some steam and get to grips with how it was making me feel.

I took the liberty of writing a piece based on it, which is not intended to demean the original in any way, but it made me write and I couldn’t stop and anyway this is the result. I call it a remix because I don’t have a better name for it. Any thoughts at all please let me know.

Download A Most Curious Dream (Eight and a half pesos remix) as a Word doc.

el hadley is the miglior fabbro.